About the Video: The rapid advancement of digital tech requires new skills to help individuals successfully navigate this emerging landscape. This session addresses the need for -- and societal impact of -- global and comprehensive digital literacy.

- Rumman Chowdhury is currently the Global Lead for Responsible AI at Accenture Applied Intelligence, where she works with C-suite clients to create cutting-edge technical solutions for ethical, explainable and transparent AI. In this role, she led the design of the Fairness Tool, a first-in-industry algorithmic tool to identify and mitigate bias in AI systems. The Fairness Tool has been utilized successfully at Accenture clients around the world. Rumman serves as co-chair of the Citizen AI Jury of the British Royal Society of the Arts (RSA), and actively participates in IEEE standards committees, the Partnership on AI, as an advisor to the UK House of Lords Parliamentary group on AI, and other global AI and ethics organizations. She has presented at multiple international governing bodies, including the United Nations, the OECD and the UK Parliament. She is a TedX speaker, a Forbes Tech contributing author and has been named by InformationWeek as one of 10 influential AI and machine learning experts to follow on Twitter. She was also named one of BBC’s 100 Women for 2017, recognized as one of the Bay Area’s top 40 under 40, and honored to be inducted to the RSA. She has also been named by Forbes as one of Five Who are Shaping AI.

- Deborah Raji is a fellow at Mozilla. She has worked closely with the Algorithmic Justice League initiative, founded by Joy Buolamwini of the MIT Media Lab, on several projects to highlight cases of bias in computer vision. Her first-author work with Joy has been featured in the New York Times, Washington Post, The Verge, Venture Beats, National Post, EnGadget, Toronto Star and won the Best Student Paper Award at the ACM/AAAI Conference for AI Ethics & Society. She was a mentee in Google AI’s flagship research mentorship cohort, working with their Ethical AI team on various projects to operationalize ethical considerations in ML practice, including the Model Cards documentation project. She was also recently a research fellow at the Partnership on AI, working on formalizing documentation practice in Machine Learning through their ABOUT ML initiative, as well as pushing forward benchmarking and model evaluation norms. Deborah is a graduate of the Engineering Science program at the University of Toronto, where she majored in Robotics Engineering. As a student, her enthusiasm for coding also led her to found the student initiative, Project Include, which aims to provide summer coding bootcamps for hundreds of middle school students in low income communities in the Greater Toronto Area and Ecuador.

- Chris Wiggins is an associate professor of applied mathematics at Columbia University and the Chief Data Scientist at The New York Times. At Columbia he is a founding member of the executive committee of the Data Science Institute, and of the Department of Applied Physics and Applied Mathematics as well as the Department of Systems Biology, and is affiliated faculty in Statistics. He is a co-founder and co-organizer of hackNY (http://hackNY.org), a nonprofit which since 2010 has organized once a semester student hackathons and the hackNY Fellows Program, a structured summer internship at NYC startups. Prior to joining the faculty at Columbia he was a Courant Instructor at NYU (1998-2001) and earned his PhD at Princeton University (1993-1998) in theoretical physics. He is currently writing a book on the history and ethics of data with Professor Matt Jones (Columbia) forthcoming from W. W. Norton & Company in 2021.He is a Fellow of the American Physical Society and is a recipient of Columbia's Avanessians Diversity Award.

- Mark A. Vasquez (moderator) is a Certified Association Executive (CAE) with over 25 years of experience in association management at IEEE. He currently serves as the program manager for IEEE TechEthics (techethics.ieee.org), a program that drives conversations about the ethical and societal impacts of technology. In this capacity, he works to develop relationships with others in the technology ethics community, produces events, convenes thought leaders, and more. Mark is an engineering graduate of The Cooper Union.

Recorded on 8 October 2020 as part of the IEEE TechEthics Conversations Series.

Brought to you in part by a grant from the IEEE Foundation (https://www.ieeefoundation.org/).

About the Video: The rapid advancement of digital tech requires new skills to help individuals successfully navigate this emerging landscape. This session addresses the need for -- and societal impact of -- global and comprehensive digital literacy. 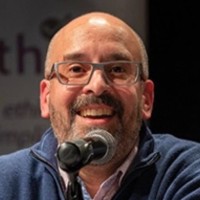