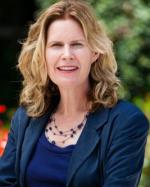 Kathleen A. Kramer is a Professor of Electrical Engineering at the University of San Diego, San Diego, CA. She worked to develop new engineering programs as a founding member of the faculty and eventually became the chair of electrical engineering, and then serving as Director of Engineering (2004-2013), providing academic leadership for all of the university’s engineering programs. She has also been a Member of Technical Staff at several companies, including ViaSat, Hewlett Packard, and Bell Communications Research. Author or co-author of over 100 publications, she maintains an active research agenda and has recent publications in the areas of multisensor data fusion, intelligent systems, and neural and fuzzy systems. Her teaching interests are in the areas of signals and systems, communication systems, and capstone design.  She received the B.S. degree in electrical engineering magna cum laude with a second major in physics from Loyola Marymount University, and the M.S. and Ph.D. degrees in electrical engineering from the California Institute of Technology.

She chairs the AESS Technical Panel on Cyber Security and is the Chair of the San Diego Chapter of the IEEE Aerospace Electronics Systems Society, leading an active chapter that serves engineers and scientists from a large, diverse complex systems industry base. In 2015, she is contributing to the conference committees of both the 34th AESS/AIAA Digital Avionics Systems Conference and the 2015 IEEE Global Humanitarian Technology Conference. She is the 2015-16 Director Elect of IEEE Region 6 (Western USA) and in that role develops and supports technical, educational, professional and humanitarian activities in the geographic region that reaches 12 western states and borders all four IEEE international regions.  She is an IEEE member of the Engineering Accreditation Commission of ABET, leading engineering accreditation reviews at universities both in the US and internationally.

She is a past Chair of the IEEE San Diego Section and branch counselor to the IEEE Student Branch at the University of San Diego. She is also Chief Advisor to the California Alpha Epsilon Chapter of Tau Beta Pi (2012) and a member of other honor societies, including IEEE-Eta Kappa Nu. She has twice been recognized by the San Diego Engineering Council as the Engineering Educator of the Year as part of the celebration for National Engineers Week (1994, 2003). She was also principle investigator of a recent National Science Foundation project (no. 0948070) to connect veterans into undergraduate degrees in engineering and the number of veteran transfer students at her institution increased by nearly three-fold since her project began.

The Mother of All Demos: IEEE Engineering Milestone Event
819 views

Technologies Advancing Humanity - What are We Most Passionate About: 2017 Brain Fuel President's Chat
700 views