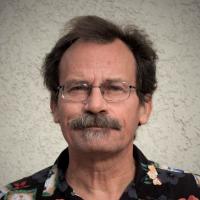 Kenneth V. Price earned his B.Sc. in physics from Rensselaer Polytechnic Institute in 1974. He briefly worked as a supervisor at the Teledyne-Gurley Scientific Instrument Company in Troy, New York before moving to San Francisco. He currently resides in Vacaville, California. An avid hobbyist, he is self-taught in the field of evolutionary computation. In 1994, he published an early ensemble annealing, threshold accepting algorithm (“genetic annealing”), which led Dr. R. Storn to challenge him to solve the Tchebyshev polynomial fitting problem. Ken’s discovery of differential mutation proved to be the key to solving not only the Tchebyshev polynomial fitting problem, but also many other difficult numerical global optimization problems. He is co-author of both the seminal paper on the differential evolution algorithm and the book “Differential Evolution: A practical approach to global optimization.” Ken has authored or coauthored 7 additional peer-reviewed papers, contributed chapters to three books on optimization, and has served as a reviewer for 12 different journals. In 2017, he received the Evolutionary Computation Pioneer Award by the IEEE Computational Intelligence Society.