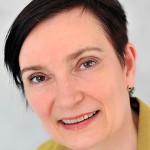 Margaretha Eriksson is IEEE Region 8 Director-Elect 2015-2016 and Director 2017-2018. She received her M.Sc. degree in Electrical Engineering from The Royal Institute of Technology, Sweden, in 1988. In 1989 she founded Irbis Konsult AB, a consulting company involved with Engineering Management, Information and Cyber Security. Margaretha has consulted with international corporations as IBM, SAP, Oracle, Microsoft, Ericsson, Saab, ABB, Bombardier, Tetra Pak, and Volvo. She is a PhD student in Information Security since 2006 at Stockholm University/KTH. Since 2010 she is lecturing on Risk analysis and Information Security at Halmstad University. Margaretha has worked internationally at JCI (jci.cc), a global NGO working with leadership and entrepreneurial development since 1983, as a skilled and inspiring trainer, and international leader. She was awarded “Most outstanding JCI Senator in the World” 2006. She has served on the board of the Association of JCI Senators in Europe 2007-2012 and as the President 2012-2013. She lives by the Baltic Sea close to Stockholm, Sweden.