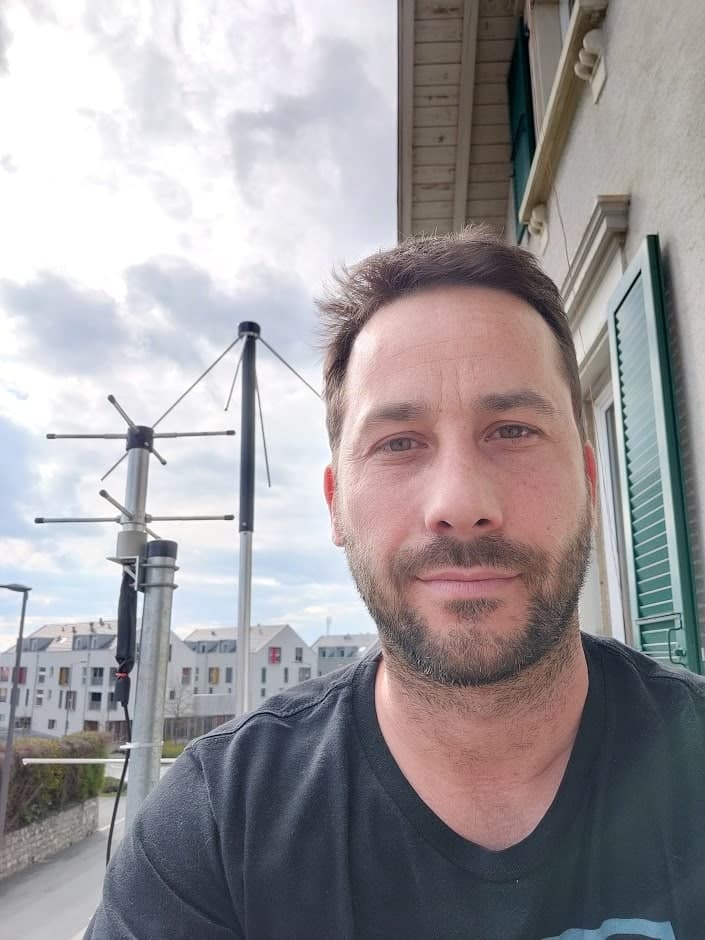 Martin was born in 1976 during approximately the recording of Hotel California - Eagles. He did his Bachelor and Master studies in Microengineering at EPFL between 1997 and 2003. During a conference in 2010 in New York, he passed his US-Technician licence for fun with the callsign KJ4WOH. In 2015, he made the Swiss licence, HB9FXX and upgraded his US licence to "Amateur Extra". In general, Martin considers himself a passive amateur radio. He is mostly interested with low power signal reception and Software Defined Radio. In 2018, he started developing QrssPiG, a software for QRSS reception on Raspberry. In 2019 during the SDR Makerspace conference in Payern, he discovered the SatNOGS project and mounted his first UHF station. Since then, two other stations followed: VHF and S-Band. Now, he is interested in satellite orbits determination using doppler measurements.