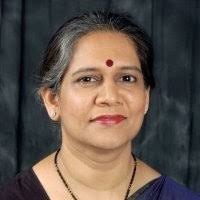 Since February 2017, Ms. Pamela Kumar has been appointed as the Director General of TSDSI. An alumnus of PEC Chandigarh, Rutgers University and IIM Bangalore, Pamela brings with her an experience of 30 years in the communications, computers and semiconductor industry.

Prior to TSDSI, she has spent the first 10 years of her career at AT&T, Bell Labs in USA and at C-DOT in Bangalore. Later, she held leadership positions in Texas Instruments, IBM, Hewlett Packard Enterprise, R&D labs in India. She also did a short stint setting up the R&D centers of Network Programs and Alliance Semiconductors. She holds 3 Patents granted by USPTO and has 5 patent applications pending in the Networking Accelerators domain. She has been a Keynote/ invited speaker in 50 Local and Global forums.

Pamela is also the Founding Chair and current Vice President of Cloud Computing Innovation Council of India (CCICI). She is on the Governing Boards of Indian Financial Technologies and Allied Services (IFTAS) and PEC University of Technology. She is the Bharti Chair for IT Research and Member Research Council, UIET, Punjab University. She also mentors Startups in the ICT space.

Pamela is currently the Chair of the IEEE Charles Steinmetz Awards Committee and the Vice Chair of IEEE Bangalore section. She was the first ever appointee from India in the IEEE Standards Association – Board of Governors, as the Member at large for 2011-12. She has also been the Chair for IEEE Computer Society- Bangalore Section.