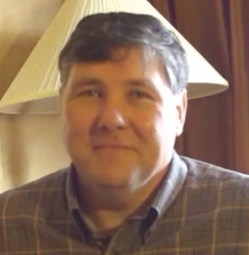 Patrick K. Simpson was born in Cordova, AK in 1964, a small fishing community on the Prince William Sound. In 1980 he moved to Anchorage where he completed high school. From 1974 to 1986, Mr. Simpson worked with his family on fishing boats, starting as a crew member and working his way up to captain.

Mr. Simpson received his Bachelor of Arts degree in Computer Science in 1986 from the University of California at San Diego. Following college, Mr. Simpson distinguished himself in the application of neural networks, fuzzy systems, and artificial intelligence to difficult defense related problems in areas such as electronic intelligence, radar surveillance, sonar signal identification, and various aspects of automated diagnostics. In addition to his engineering pursuits, Mr. Simpson has written several archival papers, he has taught several courses, he has written a text book that has been used in college courses around the United States, and he has lectured on the theory and application of neural networks and fuzzy systems world wide.

Recently, Mr. Simpson has combined his past with the present and formed Scientific Fishery Systems, Inc., a small business dedicated to the development of technologies for more efficient fisheries.