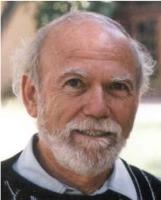 Barry Barish is Linde Professor of Physics, emeritus, at Caltech and a founder of the Laser Interferometer Gravitational-wave Observatory (LIGO). Earlier in his high-energy physics research career, he performed other noteworthy experiments, especially those at Fermilab using high-energy neutrino collisions to reveal the quark substructure of the nucleon. These experiments were among the first to observe the weak neutral current, a linchpin of the electroweak unification theory. He served on many important science committees, including co-chairing the High Energy Physics Advisory Panel subpanel that developed a long-range plan for U.S. high energy physics in 2001. From 2005 to 2013 he was the Director of the Global Design Effort for the International Linear Collider (ILC). He has been the recipient of numerous awards and prizes, culminating in sharing, with Rainer Weiss and Kip Thorne, the 2017 Nobel Prize in Physics for “decisive contributions to the LIGO detector and the observation of gravitational waves”. Professor Barish’s full biography and CV can be found here: https://labcit.ligo.caltech.edu/~BCBAct/